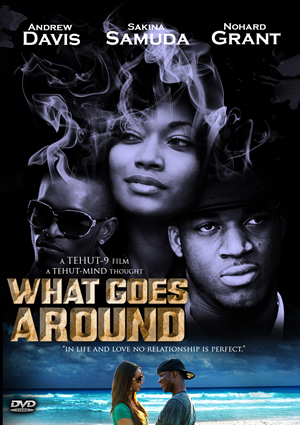 Written and Directed by Steve “Tehut-Nine” McAlpin, WHAT GOES AROUND is a twisted tale about male/female relationships, layered with engaging drama, that seamlessly merges all the pieces as we follow the emotional roller coaster ride of Denzel and his brother Sylvester who lead opposite lifestyles. Sylvester is a playboy with a pleathora of women, while Denzel is a committed one woman man. However, after going to the doctor for a checkup, they learn that one of them has a curable STD and the other is HIV positive. In this gut checking drama we follow the storyline feeling sorry for some, angry at others and bracing for the outcome, because in the end, What Goes Around…