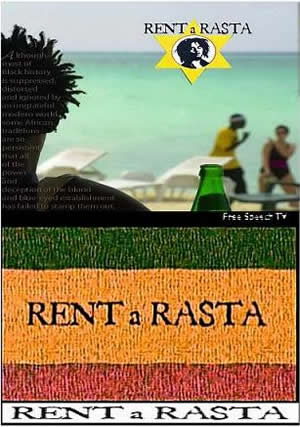 Three flights are due into Montego Bay, one from Toronto, one from Fort Lauderdale, the other from London. When white women flock to Jamaica for a little fun in the sun, the R&R they're often looking for is not "Rest and Relaxation" but to "Rent a Rasta" according to director J. Michael Seyfert. His eye-opening expose' of the same name sheds light on a barely acknowledged form of sex tourism, namely, white women who visit the Caribbean Islands to get their groove back with the help of black locals. This documentary claims that, each year, as many as 80,000 females from a variety of relatively-wealthy Western nations descend on Jamaica alone.